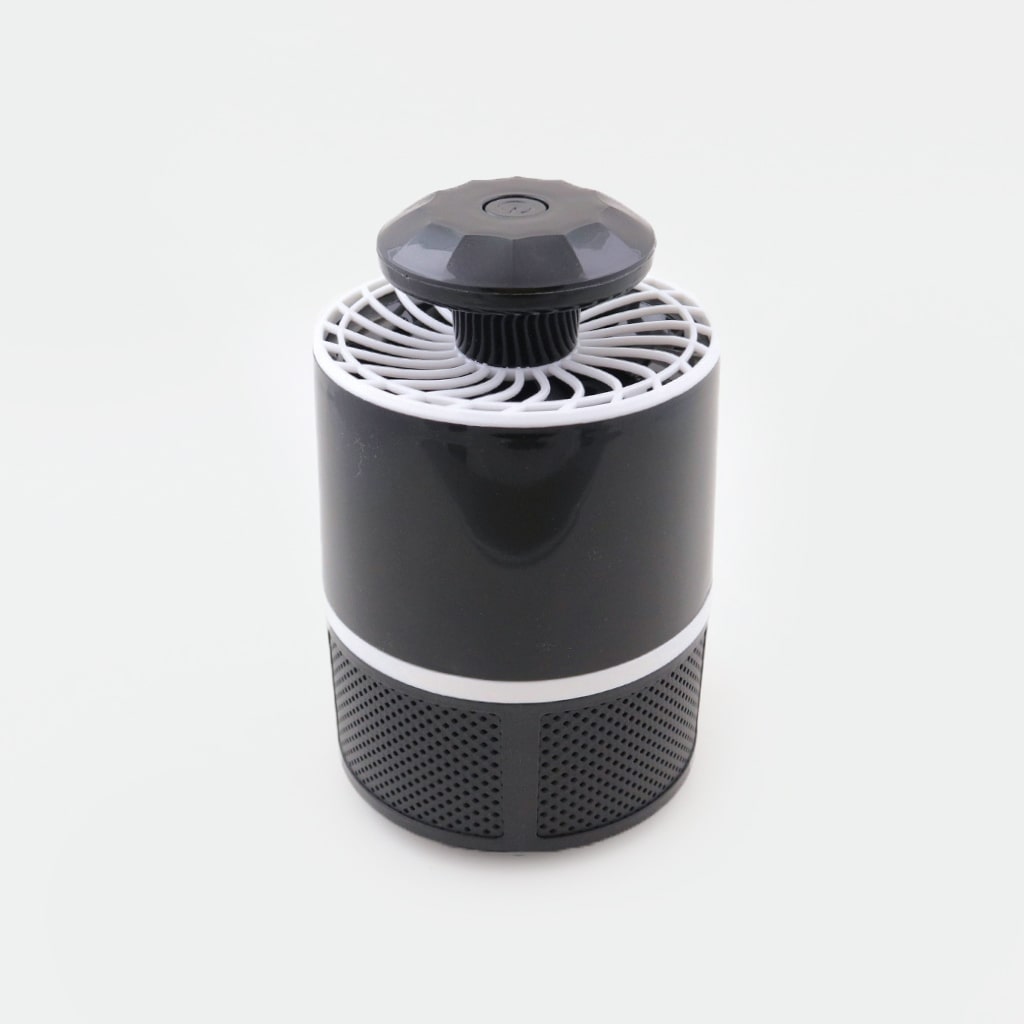 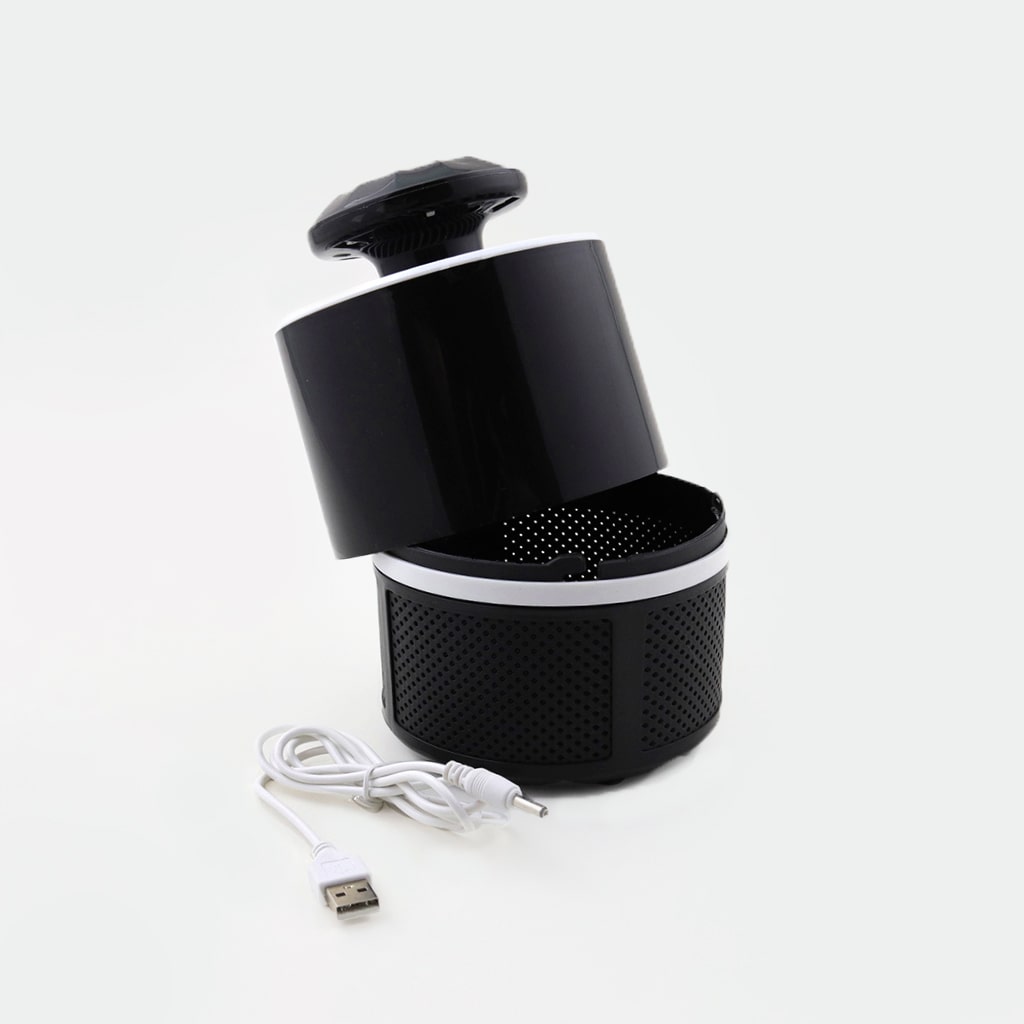 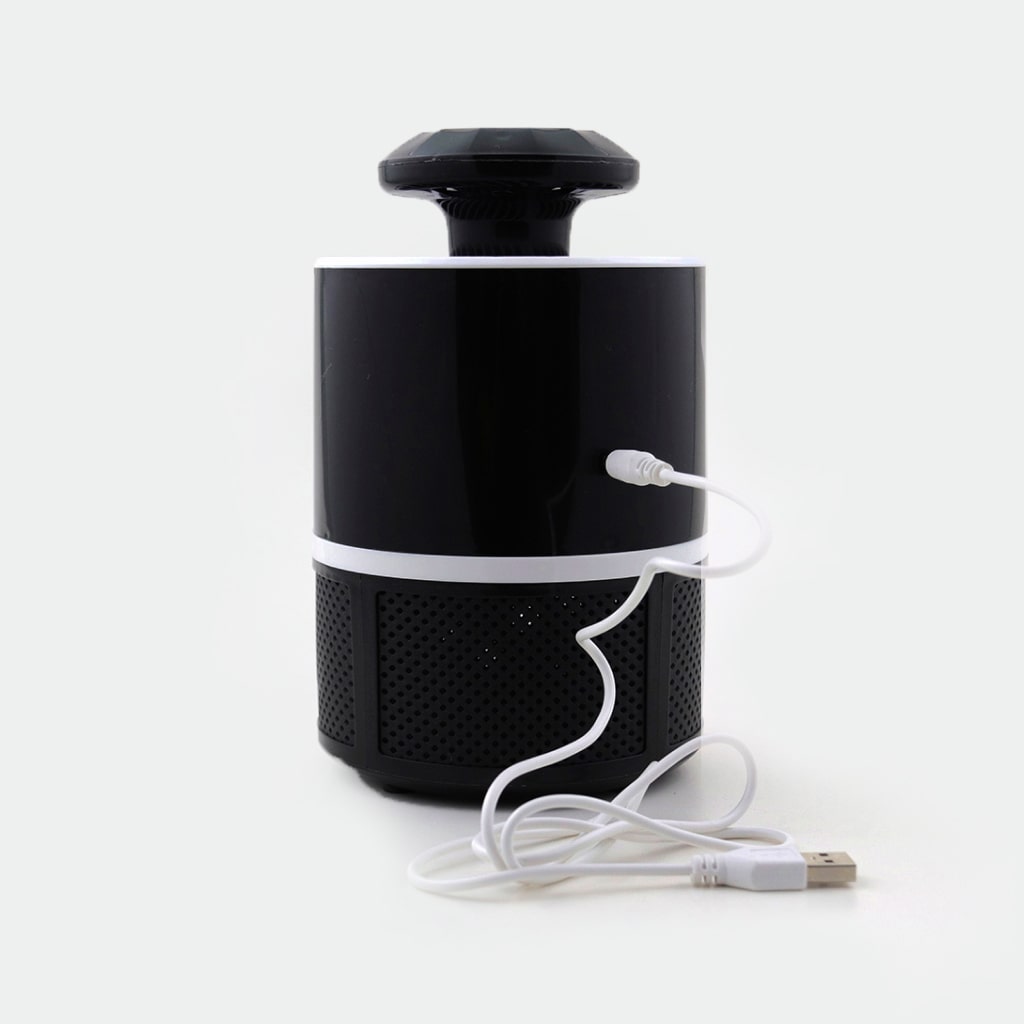 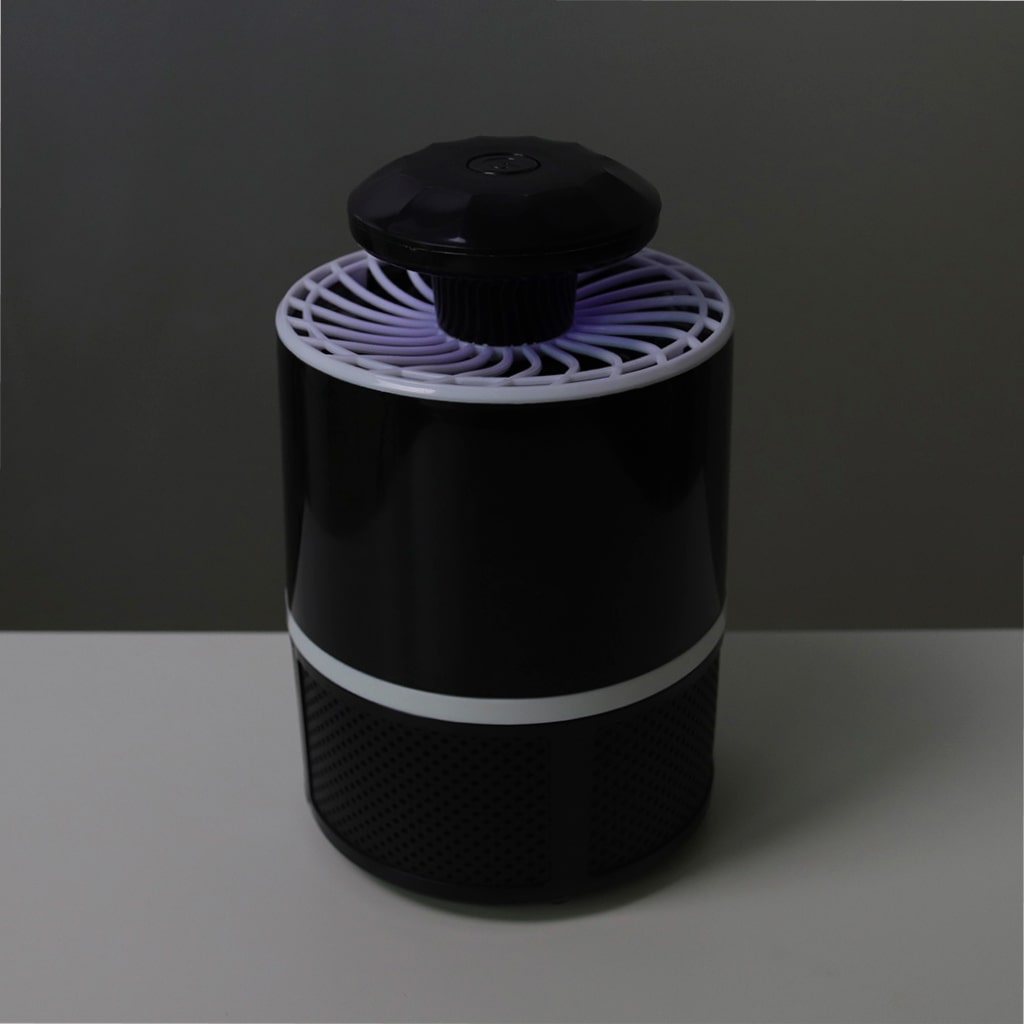 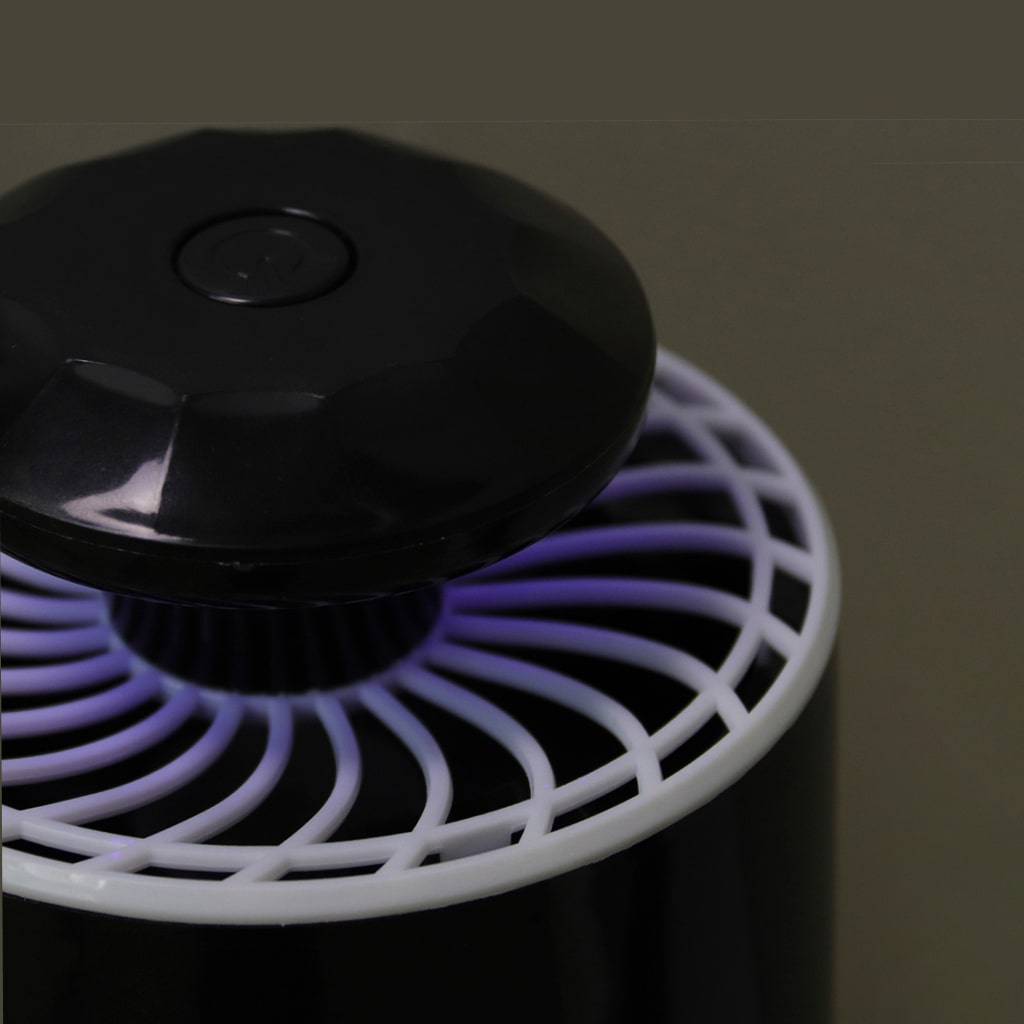 on sale
Home/Home Gadgets
Back to category

Tired of being bitten? Let’s lure these suckers to their death.
Too violent there? We wouldn’t say so. Because no one has time to deal with the itchy-agony that comes with mosquito bite after mosquito bite. Stop wishing for peace with sprays and horrid-smelling essential oils and get some real work done with our built-to-perform Electric Mosquito Killer Lamp. 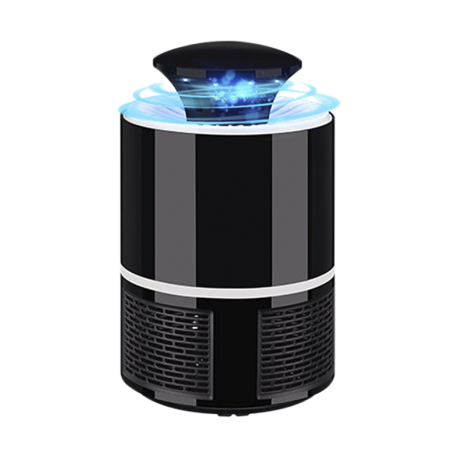 Allure with UV light
Mosquitos (and many pests such as house flies) are attracted to light. Our machine radiates blue UV light to lure mosquitoes into the chamber where a high-efficiency cyclone suction kills them quickly. Our mosquito-killing device radiates low noise for a non-disruptive solution that works anywhere.
Go chemical-free for a safer space
Keep colleagues or family and friends safe without the unpleasantries of traditional chemical-heavy bug sprays and pesticides. Our Electric Mosquito Killer Lamp ensures not an ounce of bad into your home or office for high performance that’s not only quiet, but effective. 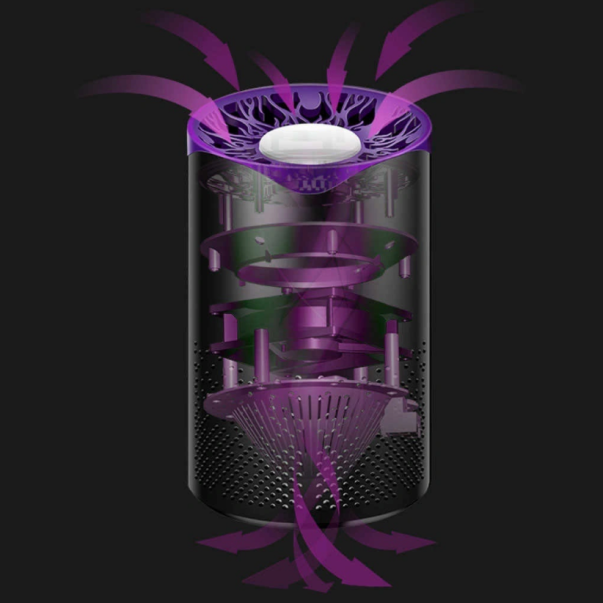 Power by USB
Designed with a built-in 5V 400 mAh rechargeable battery, you can conveniently charge up this mosquito-killer with a USB charging cord (one included with your purchase). That means whether by laptop or wall outlet, you can power up this must-have device anytime, anywhere.
Ready for some peace finally?
Get the most out of your pest killer
Place the device 1.6 to 3.9 feet above the ground for best mosquito-capturing results.
When the mosquito killer is on and working, turn off all other light sources in the room. The darker the room, the better. This way the mosquitoes will be only attracted to the machine.
Ensure humans are not right next to the machine during use.
Turn the mosquito-trapping device two to three hours before going to sleep. Put it in the corner of a room (away from the bed) for better results.
Keep the machine away from high spaces such as dressers to avoid it possibly falling. Fan blades can be damaged.
Compact-sizes for convenience
Our UV-light device measures 4.72 x 7.48 in (W x L) for a non-bulk solution that doesn’t take up too much space. Fit it in anywhere for pest-ridding convenience. 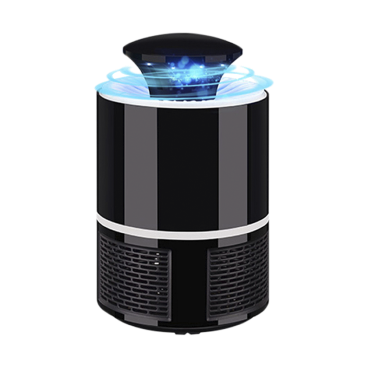 Open to empty
Open the bottom large-capacity storage tank once a week to get rid of dead prey. 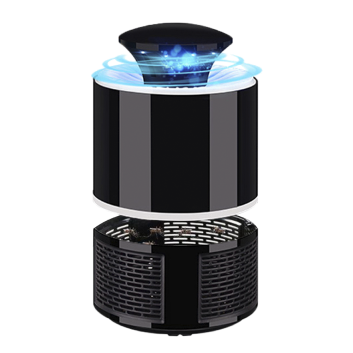 I forgot if it's pheromones or something but in a room with ten other people, I will be the only one getting bit by mosquitoes! Having spent years trying to perfect my swatting techniques against these flying ninjas of a nuisance, I've finally invested in this mosquito contraption. It's smaller in size and compact enough that I can keep it a few feer away. With the rain that we've been having, the mosquitoes will be heavy this year. This thing has proved itself for me earlier this week when one of those flying ninjas tried to suckle on my sweet blood nectar, well not this year my flying ninja! Not this year!!! 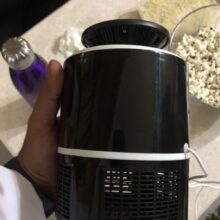 This mosquito lamp has a very interesting design. Not like most other ones that use some metal net with current to kill mosquito. This lamp has a small fan in it. When mosquito fly close to the entrance, it will be blow into the trap box. Has used this for two days, already catched two small flies. So far so good.

This works great. I catch so many mosquitos every night and hardly ever get bit inside my home anymore. It also give just the right amount of soft fan sound to block out other noise at night. I think people pay for machines that create sound like this to sleep better. 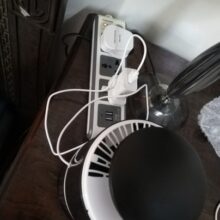 Finally I found a solution for mosquitoes 🦟 in my house, I was so tired of trying aerosol poison, and those mosquitoes bites, i just plug it in the electricity, close thr windows and turn off the light before going bed and I wake up with no mosquitoes

This thing is great. I live in Hawaii where there can be a few bugs flying around. I would try and get rid of flys everyday but since I got this I have only seen one fly in my house. I leave it on at night and in the morning I come down to a fly and mosquito free home. 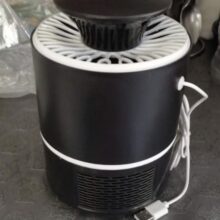 Unexpectedly successful purchase! This pretty baby solved my problem with small fruit flies in my kitchen, and I am sure that we will not have problems with mosquitoes this summer! It also has a very interesting design and works quietly. Thanks 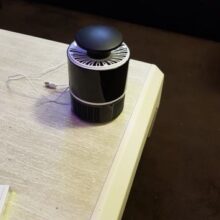 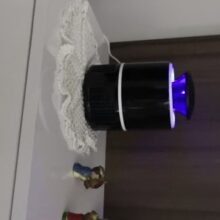 I brought it because me and my family were getting mosquitoes bite so I bought this to kill them and lately it been working great and I don't hear when it kills them and that great. 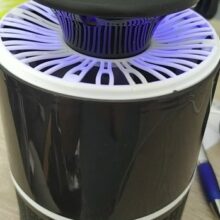 good product does the job I don't have many bugs in my house but those who enter have caught them at night.

In the last 2 weeks this product captured thousands of mosquitoes. Impossible to count, but cups of mosquitoes. A word of caution: DO NOT open first thing in the morning or inside any structure, or risk setting loose hundreds of hungry, angry mosquitoes! 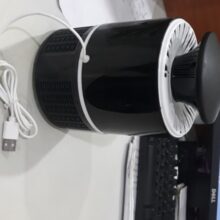 Plugged it in for an hour to test it. Insect collector was full. Mosquitos and moths really like it.

I CAN’T BELIEVE HOW AMAZING THIS WORKS!!! I live in Georgia..The HOME of Every Flying Insect.. IF That wasn’t bad enough I also live on a creek… I have tried sprays, candles and professional mosquito exterminators.. ALL HAVE FAILED TERRIBLY UNTIL NOW!!!! I received this product a couple days ago and already I haven seen a 90% decrease in the bugs on my porch..I am so happy with this product it works amazing.. 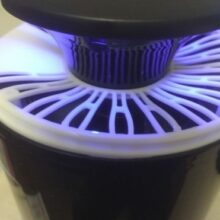 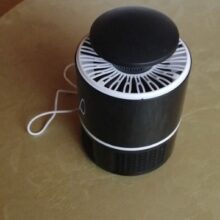 My son lives in Pennsylvania. I live in Florida. He is always calling me about the mosquitos near his home. He says that they are "so bad, that we can't even have a family dinner out on the deck.". I saw this item and told him about it. He looked at the reviews, thanked me for the suggestion, and said I should keep my money in my pocket. I said, "In my opinion, it's worth trying. You can always return it if it doesn't work, and you have 90 days to try it out." He was convinced to try it. A few days later he called to say that he received it. A few days after that, he called me asking me if I could buy him another one for the other side of the deck!

Yes, it does trap moths and flies but it does trap mosquitoes as well. We live on a farm and we do want to keep moths out of our feed. We put three of them. One in the barn, one in the shop and the third on the porch. We can go out any time of day and not get bit by mosquitoes. I don’t know why other people have a problem with it, they work wonderful.

Very effective at keeping all bugs away. Don’t need a screen porch now!

I was skeptical and now impressed. We are able to be out in the yard toward the evenings where before we'd be chased out by mosquitoes. To be fair, nothing is going to remove all bugs. However, this makes a huge difference in our ability to be out in the summer. I bought 2 for the front and rear of the house. It is completely quiet and has a cool blue light. No zap. No noise. Bugs are drawn in and sucked down into the bottom container. The container fills and needs emptied every few weeks by twisting it and just dumping it in the trash. Easy. The material is plastic but has a cool look like a decorative lantern. It can be turned off by twisting and closing the vents. We leave it on all the time as recommended.

It has changed our backyard experience enormously. No longer are we swatting mosquitoes or avoiding going out near dusk. I am sad that we seem to get a lot of moths in the trap as well, but at the same time, there a lot fewer of them sneaking in anytime we open a door at night. I have recommended it to several friends already.

I have two of these and they really do a great job of making the outdoors more comfortable. Several months in, I have captured thousands of insects that would otherwise be "bugging" us while we are sitting outside.

The light attracts bugs, but bees are powerful enough to escape the fan so this is mostly knats and mosquitoes. A great invention.

This product works! I followed the directions regarding installation and can’t be more pleased with the unit. We live in tornado alley and the unit is plastic so I made a hail-screen cage in order to protect it (it’s plastic). I have removed cups of mosquitos (and some fire flies) but we can enjoy our deck during the mosquito season.

I was surprised at how well this worked! After one week of it sitting in the background doing it's thing, I checked it to see if it needed emptying. It was one third full of dead insects!

This has been amazing. I live in northeastern NC and the mosquitoes are horrendous. This has been up around 3 weeks and it has cut those buggers down to almost non-existent! I highly recommend this product.

It works like magic. I wish I knew about this before I spent money on other products. Costly but worth it

Overall I'm very pleased. Haven't had mosquitos for a very long. I just need to figure out a better way to supply power. I don't like running extension cords across the yard so I need to install an outdoor GFCI outlet.

It was a surprise gift for my neighbors. They put it on their patio and really like it!

1 2
Load More
Selected for You 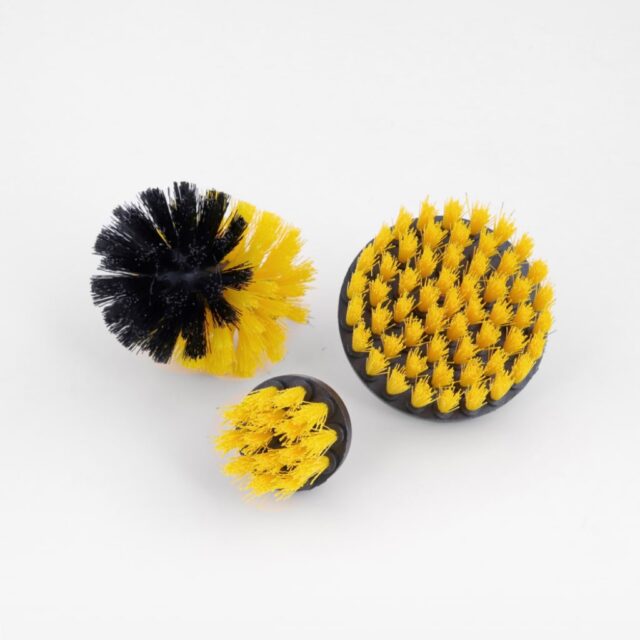 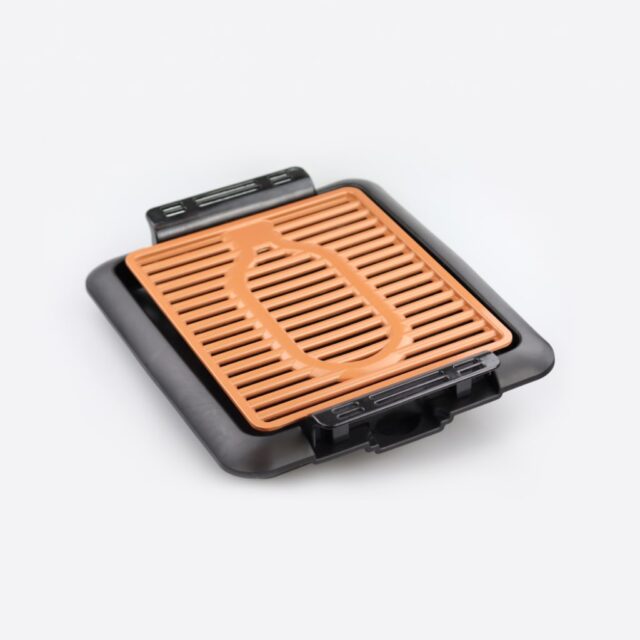 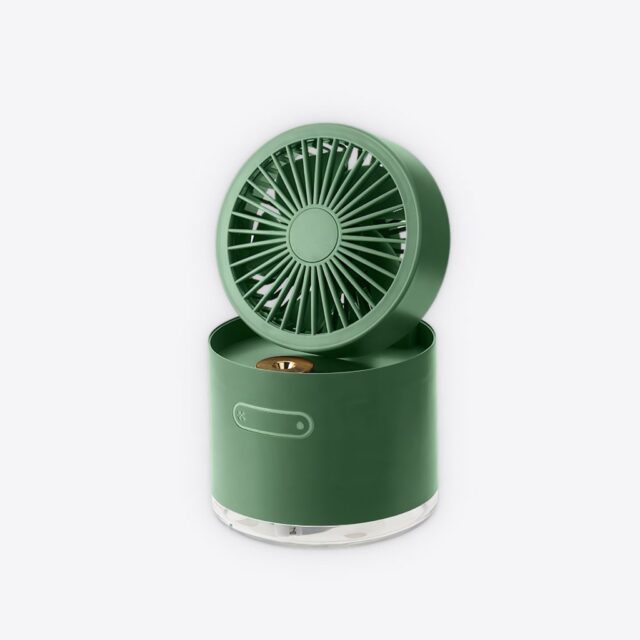 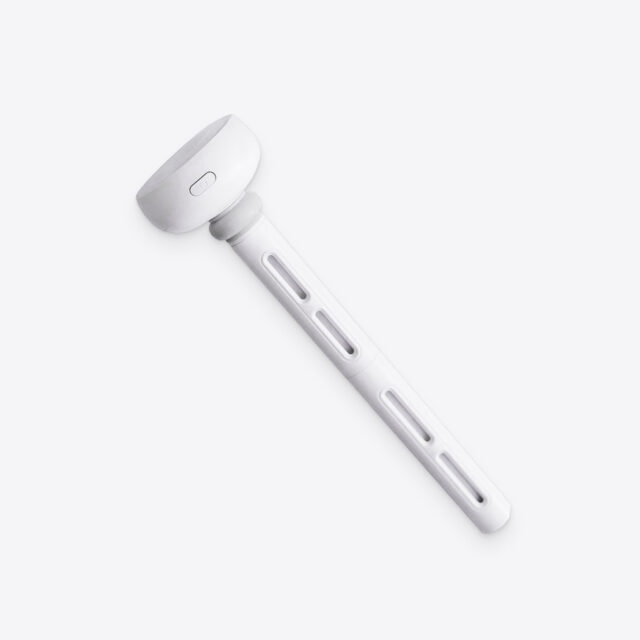 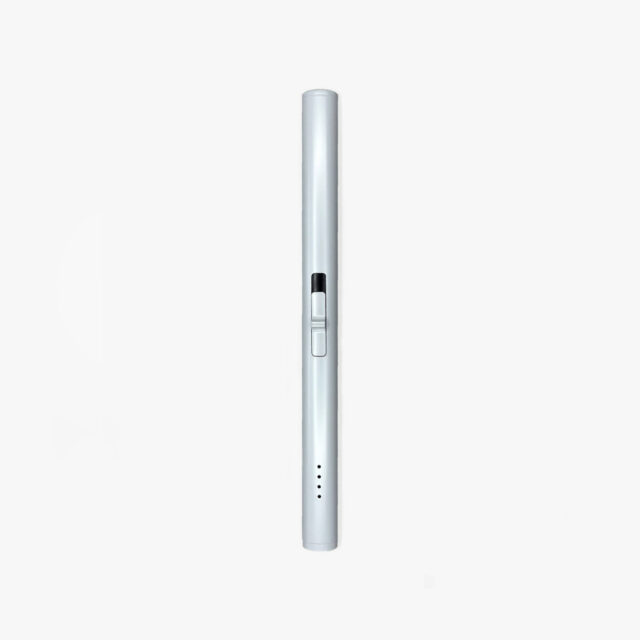 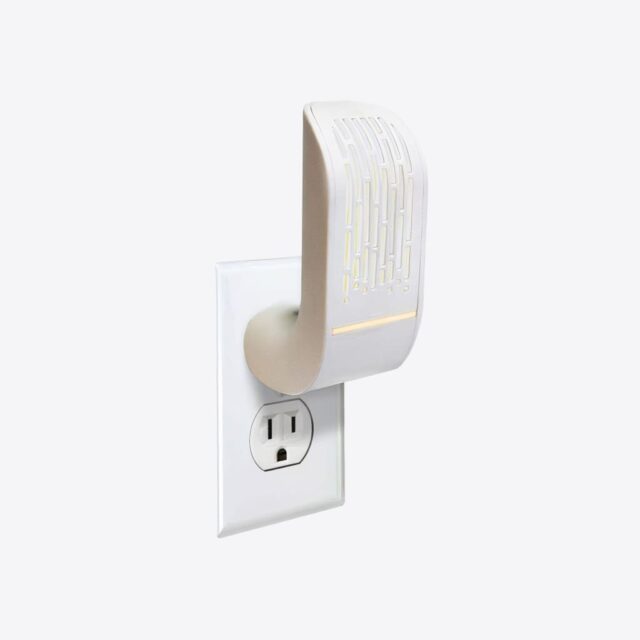 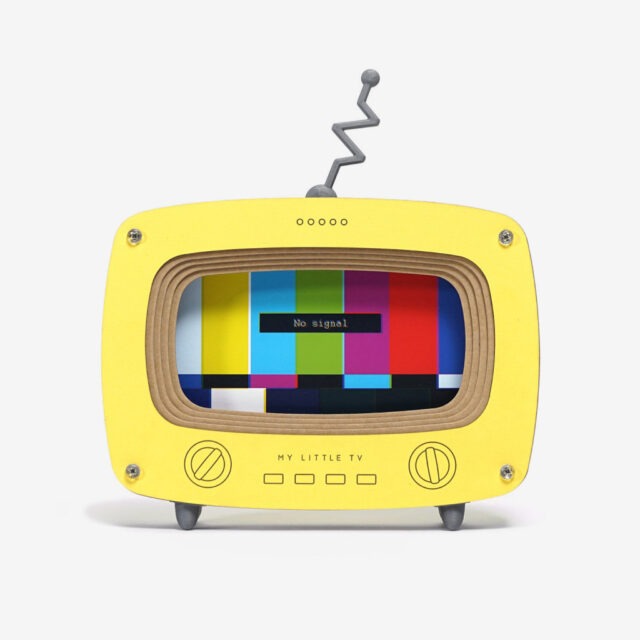 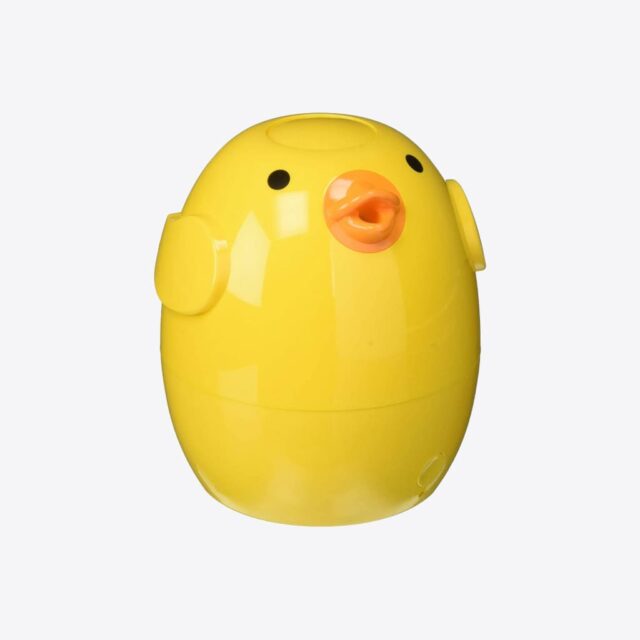